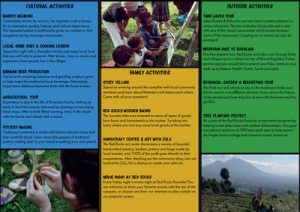 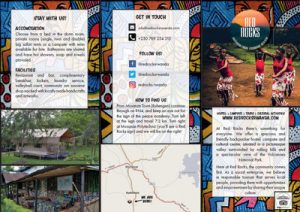 Red Rocks Rwanda cultural center facilities include camping tents and a guest house with a local restaurant. Located in the northern province of Rwanda, Musanze the intercultural exchange offers local tours and volunteer opportunities with other local development projects and as a social enterprise our community philanthropic work is attributed to our love to better humanity of community members.

Our philanthropic work in the rural villages will ensure you are involved in original humanistic traditional communities as well as contribute to the social life development of people.

The cultural exchange campsite offers you an opportunity to be a part of community philanthropic travel with a commitment to conservation and responsible tourism in Rwanda.

Red Rocks Rwanda continues to create long-lasting relationships with the communities in the areas   around the Virunga Massif where we operate by building long lasting relationships with the rural communities and through the work of the Red Rocks initiative identify and sponsor long-term, viable and self-sustaining projects that will have the support of our staff and visitors. The projects that are supported by the initiative are all community collaborative and we work closely with them to determine their needs and improve their well-being.

Come and enjoy the serene beauty of Red Rocks as your stay with us will give you purpose in the most effective way by connecting you with communities and giving you an opportunity of serving others. Embark on an unforgettable philanthropic journey which ensures that we work with people to find life changing solutions to the problems faced throughout the great Virunga massive starting off at Red Rocks where you will Meet individuals from the Community and learn the traditional Rwandan way of life or discover how the local people live in harmony alongside Africa’s majestic mountains.

Red Rocks Ecotourism Initiatives is an organization steeped in history. Its name is derived from the red volcanic rocks that resulted from historic events that took place in northern Rwanda about 700 years ago.

Back in the 14th Century, the volcanic mountains Muhabura and Sabyinyo were still active and sent red volcanic rocks rolling down with every eruption. Some of these residues can still be found at all Red Rocks Camps and hostels in the Northern part of Rwanda (Musanze district), South eastern part of Uganda(Kisoro district), and Eastern part of Congo(Goma).

With the current desperate competition for land and natural resources between people and wildlife, we find it imperative than ever before that we strive as an organization to bring to our people the message of protecting and conserving the Virunga massif, an incredible range of eight volcanic mountains that straddle Rwanda, Uganda and the DR Congo.

The Virunga area offers refuge to the unique and charismatic mountain gorillas, whose numbers dwindled dramatically in the '70s and '80s due to war, disease, habitat loss and human-wildlife conflict, but are now thriving, thanks to increased conservation efforts.

Red Rocks Intercultural Center joined other individuals / Organizations and Tourism business in declaring a climate emergency and taking action to reduce their carbon emissions. An initiative that declares climate emergency and taking purposeful action to reduce their carbon emissions as per the advice from The Intergovernmental Panel on Climate Change (IPCC) to cut global carbon emissions to 55% below 2017 levels by 2030. See how responsible tourism stakeholders and other personalities have committed to take action against climate change by visiting www.tourismdeclares.com/.

Our Red rocks initiatives are not about adventure but also an experience and education of our cultural heritage, which signifies how the local community develops and become more responsible for protecting the environment. As you may be aware Poverty in rural areas is one of the main enemies of environmental protection, thus our initiatives are centered unto transforming Lives and to bring positive changes to the community around Volcanoes National Park.

We offer a diverse range of services at Red Rocks Rwanda, catering to visitors of all ages, tastes and abilities. Along with our sister tour company, Amahoro Tours, we provide various expedition and exploration packages that focus on indigenous wildlife and aspects of Rwandese, Ugandan and Congolese culture. We also offer domestic tours of Rwanda, one-day tours, romantic getaways, nature walks, bonfire nights, and team building activities. 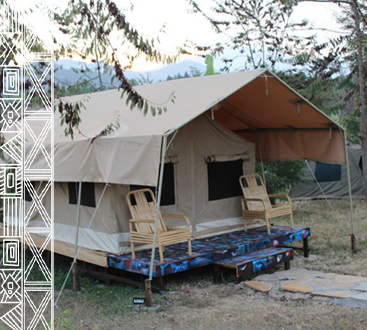 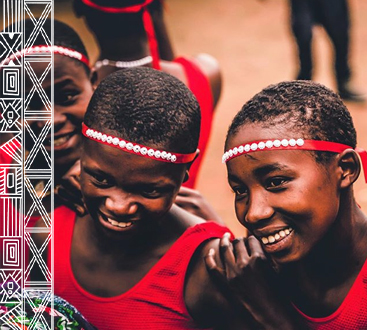